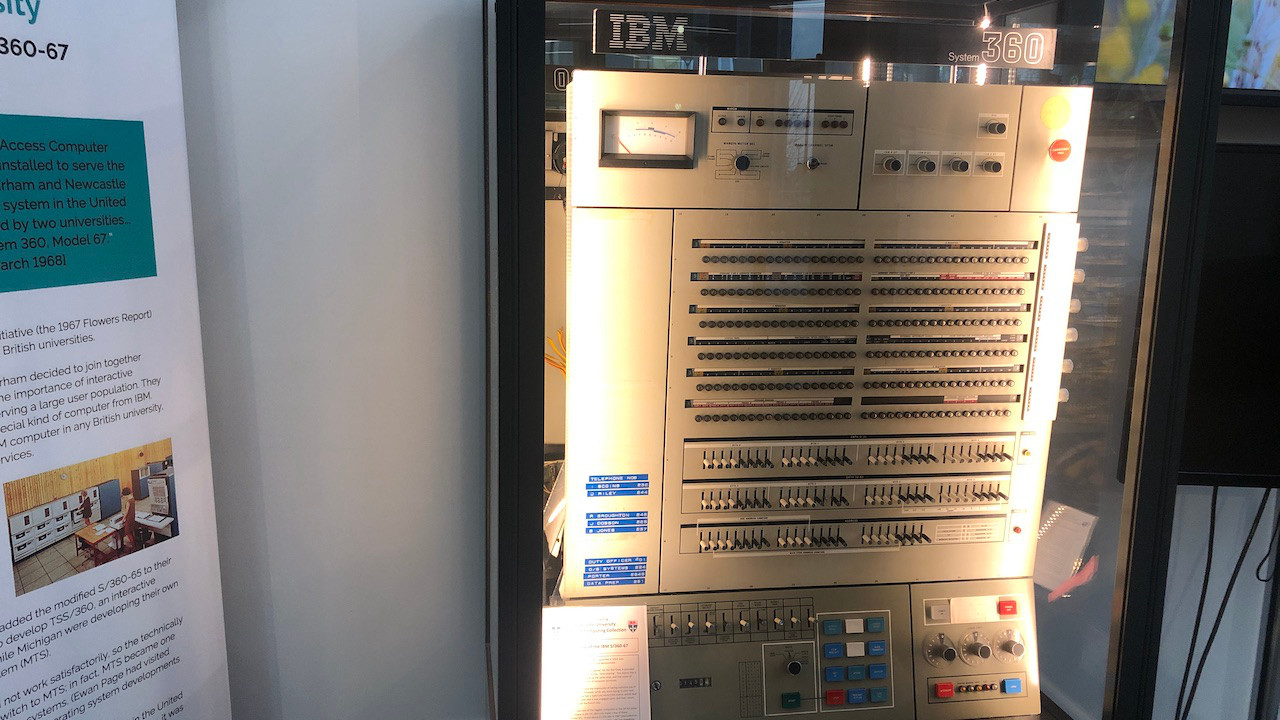 Photo of an IBM System 360 outside our room

Attended the ALT North East User Group today at Newcastle University. This meeting was themed around accessibility which was suggested after Jisc’s talk at our last meeting and the dawning realisation about how much work this could have on learning technology departments.

All attending institutions gave an update on what we are doing to ensure that we meet our obligations, ranging from panicked nothing to creating fully custom eLearning packages for delivering maths learning resources digitally and online – that from Newcastle University who have developed a solution using a combination of open source packages including MathJax and Pandoc. East Durham College’s virtual reality sensory rooms to support students on the autistic spectrum with overstimulation was really impressive. One of the things they’re using is SafeSpace Easy Access, a freemium Cardboard compatible virtual reality app.

Another highlight of the day came from an external guest from Blackboard who demonstrated Ally working in Canvas. Ally is a tool that can not only check course content for accessibility issues – not just web content, but materials including Word, PDF and PowerPoint files – but automatically convert that content into a range of different formats to meet different access needs. For example, it can perform optical character recognition (OCR) on PDF files which are scanned images, turning them into text, and convert text to speech.