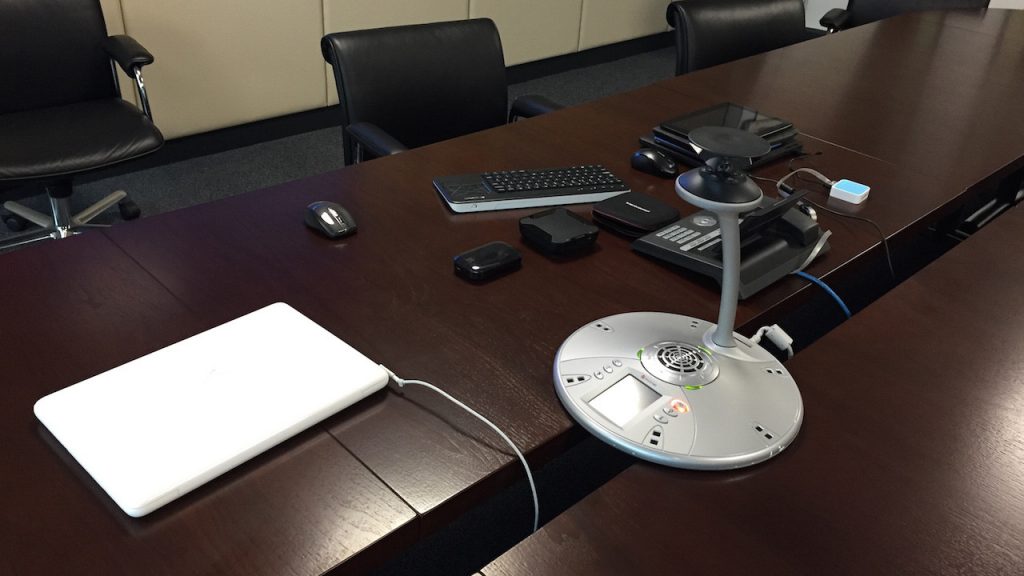 At an event at Durham University Business School, Waterstons provided three case studies of how Microsoft Lync can be used in a teaching and learning context, following by a hands-on demonstration of some of the equipment that had been used along with the client software running on a number of different platforms: a Windows PC and Surface tablet, an Apple MacBook and iPad, an Android tablet and a number of smartphones.

Lync is the latest version of what was Office Communicator and includes a number of enhancements, adding video, screen sharing and collaboration tools such as a whiteboard to instant messaging and VOIP functionality.

The first case study was a boardroom exercise, a simulated assessed committee meeting for MBA students which was recorded using a Polycom video recorder, with the recordings then exported and uploaded to Blackboard. The second case study was of a BSc Accounting Programme where students spent a significant amount of time on placement with KPMG. Lync was used to host regular meetings between the university, KPMG and the students. The third case study was on how the Business School had further rolled out Lync following these successes to conduct Viva examinations, overseas student reviews and for general meetings.

In all of the case studies Lync was chosen over the in-house Blackboard Collaborate tool as it was less problematic, not requiring Java to run, and easily available to partners who did not have access to the VLE. Feedback received citied the ease-of-use of the software and hardware, and the quality of the video and recordings.

The case studies were followed by a live hand-ons demonstration with the Polycom video recorder which was used for the MBA boardroom exercises and a large range of mobile devices to demonstrate the client software in action, including a web client which does not require any software to be installed.

Finally we were given a quick overview of how Waterstons are developing the software to find new use case scenarios to further enhance the experience for students, including full Outlook and university timetable integration, VLE integration, and use as a lecture capture tool.