How to Mark an Assignment – Storyline Presentation 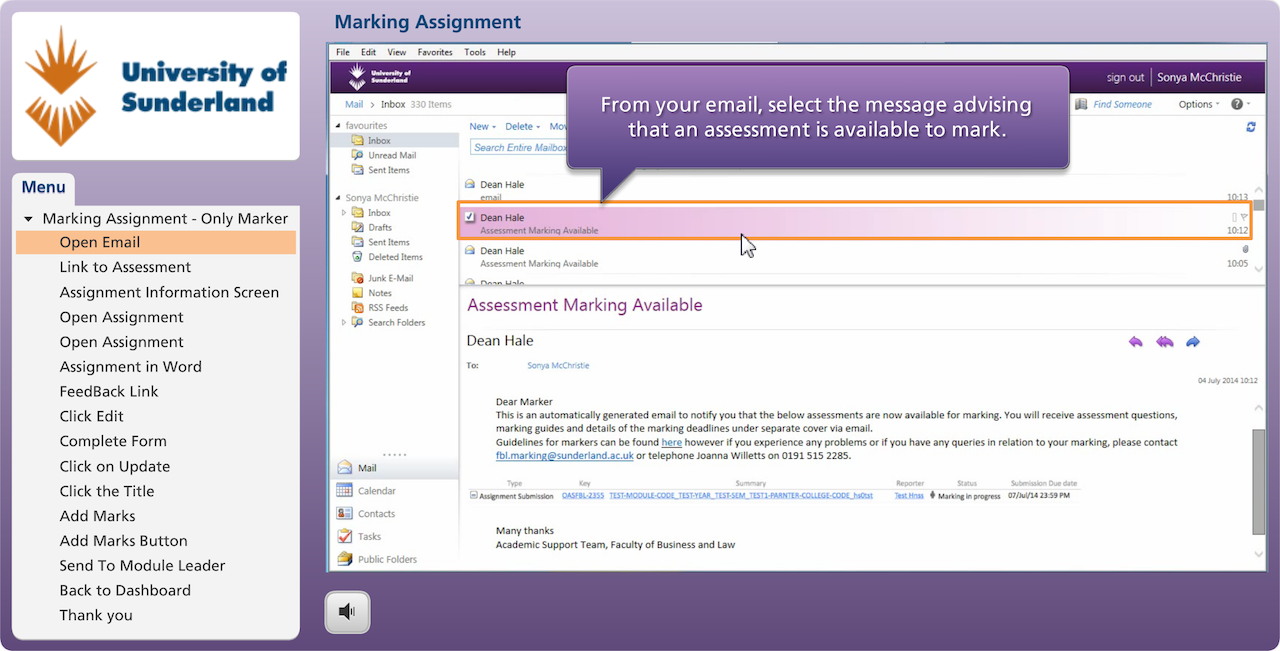 The presentation I put together for student submission was well received and it has led to others. This one is for markers where there is only a single marker. The tool that the team is developing has the ability to accommodate multiple independent markers. The player is looking a little better now and I added the video in a different way with better results, more like an actual video than a series of screenshots.

Making these has been a little difficult as Storyline kept crashing on me when I was using the precision timing editor. Upon investigation I found that this was because I was running Storyline on a Windows 7 virtual machine in Parallels and had all my files on the desktop of my computer. Parallels has a nice little feature whereby it links the desktop on the host Mac with that on the Windows client, but it does so by making the drives on the Mac a pseudo-network drive in Windows. I discovered on Articulate’s forums that working on, and saving files to a network drive can cause various performance problems, and when I moved my files to the actual C drive it solved all of my problems.