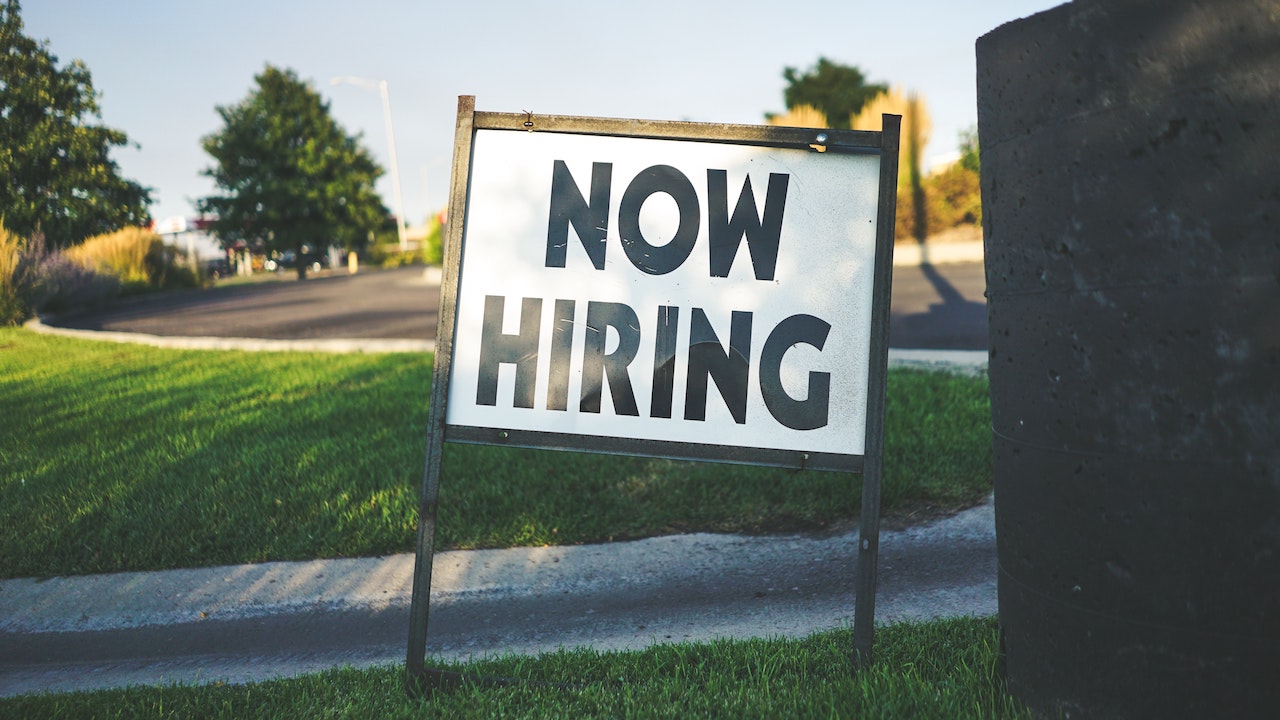 Photo by Free To Use Sounds on Unsplash

Due to the ongoing COVID-19 emergency, my service are recruiting for an entire new team of instructional designers. 11 posts in all, five instructional designers, five graduate interns for content development, and one co-ordinator to run the new team. The jobs are fixed term for 6 months, and the closing date for applications is the May 7th. (Working remotely from home of course…)

For full details and to apply, please follow this link to our vacancies home page:
https://jobs.sunderland.ac.uk/vacancies.aspx?cat=927 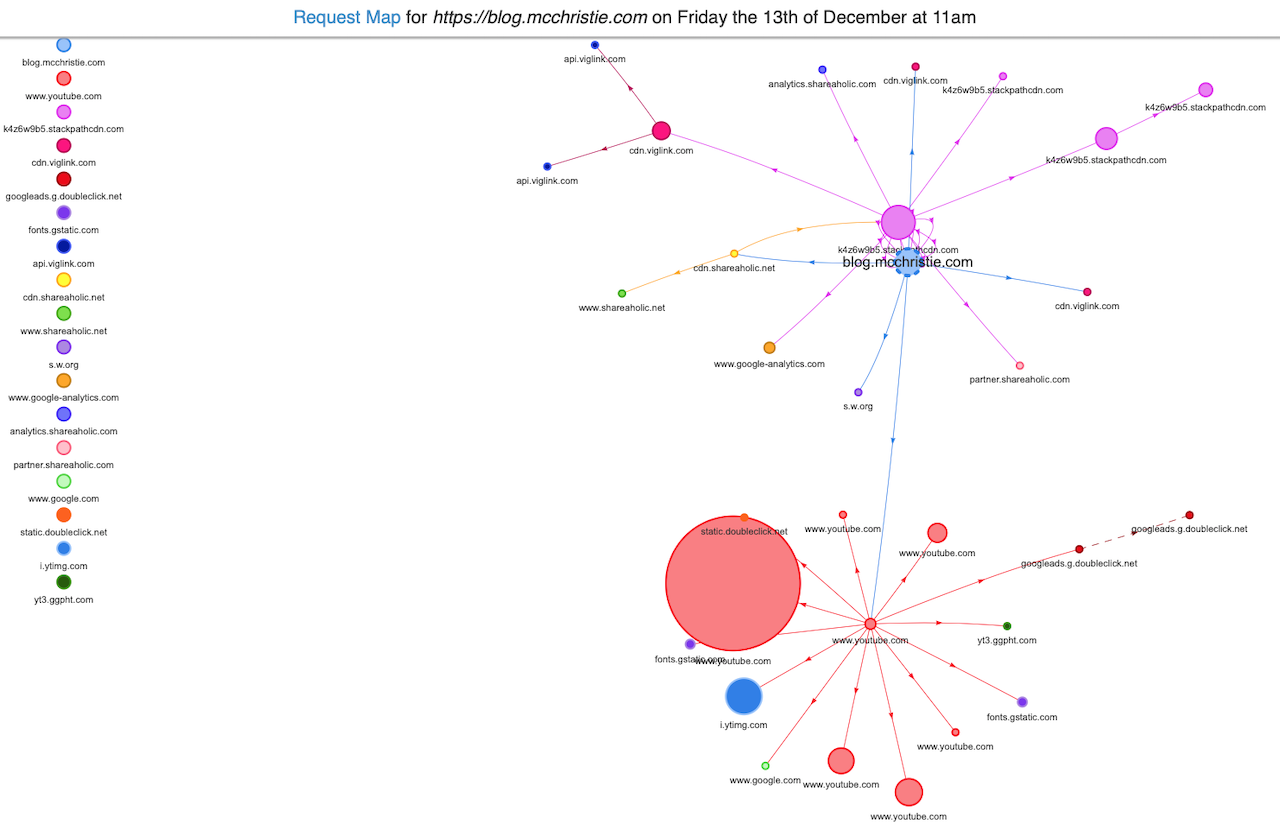 The introduction and preview of MoodleNet was very informative and quite exciting. I was expecting a Mastodon clone, but instead it looks like it’s going to be more of a next generation open education repository. It looked very similar to Canvas Commons, but of course Moodle based and will be able to plug in to other LMSs, including Canvas. Using ActivityPub, it should also be possible to talk to and share resources with other ActivityPub based federated networks such as Mastodon and PeerTube.

I also very much enjoyed the talk with Gavin Henrick about the ethics of having students use freemium online learning tools that, like almost everything on the web now, gather personal data to be sold directly or indirectly to advertisers. One of the tools he introduced us to was Request Map Generator, which will test any website you throw at it and produce a map showing the outgoing connections from that site. Out of curiosity and in the interests of fairness I ran my blog through it and you can see the results above. I use the Shareaholic plugin to add the social media sharing buttons to my content, so I was expecting a lot of connections going out to them, and having embedded a few YouTube videos into some posts there is also a connection out to many, many Google sites, including a huge blob to their DoubleClick ad network.

The web has for a long time now been a compromise between freedom of access, quality, convenience and privacy, driven by the advertising business model. Do I get the balance right on my sites? You’ll never see an ad on here – I run WordPress on my own server – but I do include the sharing buttons because I want people to be able to easily share out my content. I stripped Google analytics off the site a couple of years ago, it didn’t add any great value, but I have taken to embedding videos from YouTube for educational and entertainment value because I as conscious of my blog being very text heavy.

Recordings of all session webinars are available on the conference programme page on ALT’s website.

How to Design and Deliver Successful Webinars, Part 2

As I suspected, this follow-up and primary session on webinars made frequent reference to part 1 which had been designed and delivered to serve as an exemplar of best practice, as identified by Emailogic from their experience in the field. It was a good session, very worthwhile, and I took a lot away from it.

On preparing for and starting a webinar, an idea I really liked was having an activity or exercise that you could pre-populate for people who join the webinar early, such as a simple word search with terms related to your content. It was recommended to start the webinar around 20-30 minutes before the official start time in order to prepare for early arrivals, test audio and video as required, ideally on a different computer, and to welcome people joining early. However, it was recommended that you don’t start for 2 or 3 minutes after the start time to account for people who may be having problems joining.

Once people are in, get them to engage early by checking-in using some of the available tools, such as putting a hand up or using the chat tool. There was a claim that research has shown that 92% of people multitask, by, for example, checking email or replying to texts during a webinar. This wasn’t cited, but it feels credible from my experience. To keep people’s attention it was recommended that you need to speak at a faster pace than you would use in a classroom setting, that you eliminate pauses and gaps as much as possible, use text reveals so that people only see what is immediately relevant in slides, and to persistently make people interact by asking questions via polls or using the chat. On the non-technical side, repeating good points and participant’s names was recommended, along with using personal disclosure and humour to create bonds.

Regarding the inevitable technical problems, they recommended having two people on a webinar, one actively leading it and the other person picking up any technical problems raised by participants, something which I have seen many times. To mitigate bandwidth problems they recommended using only slides, not live technical demos, and sending these out prior to the webinar so that in extreme cases participants can still join in via telephone.

We completed a number of exercises throughout the day also, including ones on how to design open and closed questions, and constructing a simple webinar based on a topic we currently teach face-to-face. Finally, we were given some good handouts for future reference – a standard opening script that’s content neutral, and a detailed checklist for preparing sessions.

How to Design and Deliver Successful Webinars, Part 1

Attended a one hour webinar which was meant to be about, as per title, how to design and deliver successful webinars. What was actually delivered was a session on how to get the most out of meetings, covering topics such as providing a detailed agenda, setting expectations prior to meetings, and getting minutes and actions out promptly.

Of course, that was the explicit content. I have a lot of thoughts about this and how it was delivered – it was a little bizarre – and I expect it is all going to be deconstructed at part 2 of this thing next Thursday.

The morning session picked up EDPM05 where it left off the week before, discussing curriculum design and setting learning outcomes. There was a discussion on the distinction between learning outcomes which are for students, and learning objectives which are more of a tool for staff when designing the curriculum. Advice given for writing good learning outcomes was to phrase them in the future tense, and make them achievable, assessable and easy for students to understand. It was recommended to build each outcome around a measurable verb, e.g. reflect, hypothesis and solve for high level outcomes, and describe, identify and measure for low level. Bloom’s taxonomy was cited as a source of inspiration in looking for these. In terms of practical considerations and UK HE culture, we were advised not to set too many learning outcomes as they need to be assessed, and too many learning outcomes can quickly lead to assessment overload.

To put this into practice we were given an example from a real-world module which, when inherited by the current programme leader, had 24 learning outcomes, and we were asked to find ways to reduce these. The programme leader actually got these down to 9 by clustering a number of them. Removing any of the outcomes wasn’t a possibility because that would have constituted a major change and triggered a re-validation.

The afternoon session was for EDPM08, the optional module on Digital Learning which I am teaching on, so I was there not as a participant but as a teaching assistant to support the discussions that were taking place. Today’s session utilised an audience response system so there was a discussion about the merits of using dedicated handsets over newer app and text based systems such as Socrative and PollEverywhere. Research was cited showing that such systems increased student enjoyment and engagement.

There followed a live application to get learner’s feedback on a discussion of Marc Prensky’s argument that today’s learners can be classified into digital natives or digital immigrants, depending on whether or not they have grown up with the internet. Critiques of this argument that we discussed included evidence that the multitasking Prensky claims digital natives are capable of is actually detrimental to performance, that he creates an artificial barrier between generations, and that the ability to manage the types of non-linear and non-hierarchical leaning spaces generated by the use of hyperlinking is more a matter of a person’s working memory capacity and pre-existing knowledge than any skills they may have gained by growing up with modern digital technologies.