The Terrible Itch That Can’t be Scratched

It’s been a while since my last post, first of the new year actually (so Happy New Year folks!) so I thought I would post something quickly on what I’ve been up to.

The reason for the lack of blogging is simply because I haven’t actually finished anything! I’ve done plenty of work, but for various reasons nothing is in a state where I can declare it to be done. Frightfully frustrating for someone with a little OCD.

One thing I did finish was a training event which I delivered for Careers, on Prezi, which I really enjoyed and I received some really nice feedback from them. I’ve also acquired a Thunderbolt to HDMI adaptor to get the Oculus Rift hooked up to one of our Macs, but haven’t had time to get it set up yet. I have nearly completed two Storyline presentations, a very comprehensive learning unit on the Bribery Act which will be the largest and richest piece of learning material I will have produced to date, and another short video for Careers. Both of these are with their respective project owners at the moment for approval and feedback. Prep work for the second semester of Technology Bytes is well under way, but again not quite finished yet due to a room booking problem, and finally I have had a very productive meeting with an academic today about developing a progress bar widget to use in course sites, similar to what Future Learn have. It will be tricker for us to implement as it will need to be dynamic to accommodate changes to course materials as time goes on, but not an insurmountable challenge. 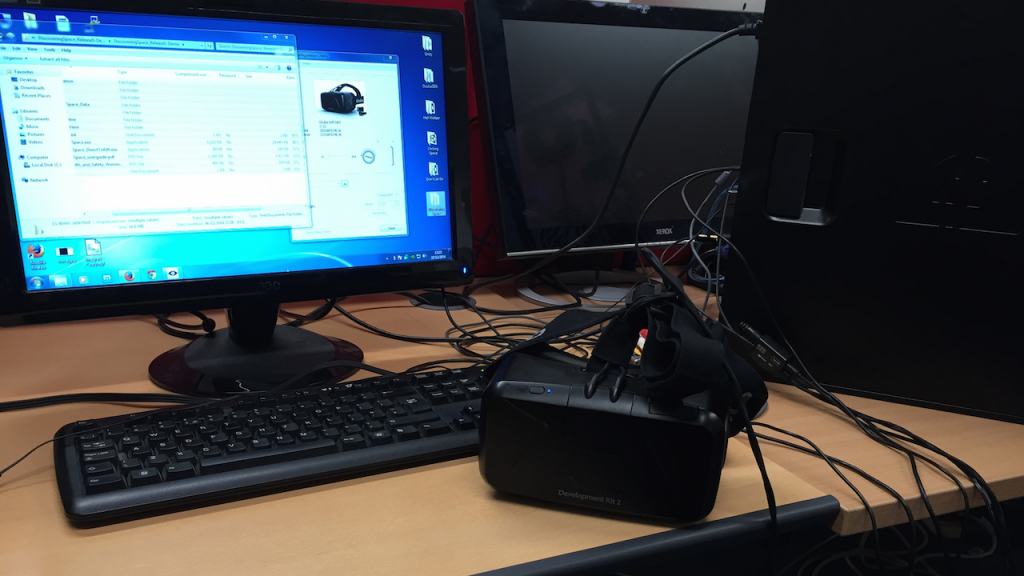 Back in late September / early October I was asked by a colleague in our Academic Development Unit to develop a series of sessions on learning technology to plug into their CPD plan, the result was Technology Bytes! Six sessions running every week starting in late October covering:

My intention had been for each session to briefly demonstrate one of the University’s core learning technology tools alongside something new, funky and maybe even just a little bit sexy, then to have a discussion on what has been demonstrated and an open Q&A. Once the sessions were going however, I quickly learned that our academic community were expecting more formal planned training which went into depth on each topic.

Now, as I am busy planning the second series to run throughout semester 2, this is a key lesson which I am taking on board and will stick to one system or tool in each session, but will be including a dedicated session on external presentation tools which will cover Storyline, Prezi, PowToon and Thing Link together, and another new one dedicated to mobile apps. Audio and video feedback and marking I want to expand out to a session on its own as there is a great deal of potential here to enhance the student experience and some of the work I have seen where this has been used has had fantastic results.

A further improvement which I will be making is to re-word the titles and descriptions to bring the pedagogy to the fore, rather than the tool itself, in an attempt to reach more people and increase participation in the sessions.

I am reliably informed that the programme as a whole has been very well received by ‘higher-ups’ and that they feature prominently in all of the new Faculty development plans, with strong encouragement for staff to attend. Very encouraging.