Festival of Learning and Teaching 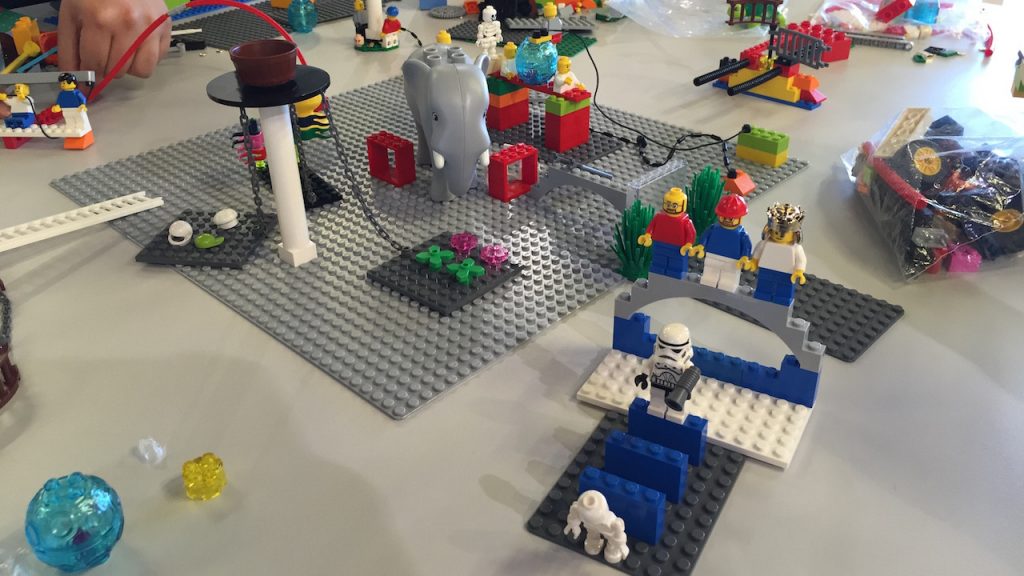 Last year we had a conference, this year it was a three day festival, run by our colleagues in Academic Development with support from ourselves in Web and Learning Technology Services. We are too cool to be involved in the main festival itself, so we had a fringe which included a Twitter treasure hunt, a stall where we enticed people in with fun stuff on the Oculus Rift and then hawked our services to them when they were captive, as well as providing live streaming of the keynotes from each day and the closing ceremony.

I was proud of the treasure hunt we put on, I thought it was very well thought out with some fun tasks for people which made them engage with our service, Tweet a selfie with a member of Academic Development for example (which we kept secret from them!), but there was little uptake unfortunately, which I think can be put down to the relatively low numbers and insularity of an internal conference. Our stall which was strategically positioned outside key sessions was more successful, attracting a decent number of people and even allowing me to connect with someone who has a project ripe for further development in virtual reality.

In spite of running various things in the background, I was still able to attend a number of sessions over the three days:

Lego Serious Play
Serious Play is an innovative and creative way to facilitate discussion about a typically difficult or abstract topic. In keeping with the theme of the conference, our discussion was focused around what it means to be a student. The foreground model shown in the photo above is a reflection on my experience as a student, thinking back to where I started from. I’m the skeleton, symbolising my lack of knowledge, and I’m leaning back slightly from an overwhelming fear of the daunting barriers in front of me – including a Stormtrooper boss level (my dissertation!) – before I can reach my goal of enlightenment and joining the educated and the successful.

Cultural Diversity and Effective Teaching
A discussion and workshop on the many meanings behind the word ‘internationalisation’, led by external guest Dr. Marita Grimwood, an educational developer. This was the keynote from day 2, and not a session I was originally attending, but due to a last minute room change we were unable to live stream this session, so I improvised a recording solution using my iMac instead of running the WaLTS stall. After the event I edited the recordings, inserted her slides as an overlay at appropriate points and then posted the resulting video to our streaming media server.

Showcasing Learning and Teaching in Arts and Design
A series of short ten minute sessions from various members of departmental staff who discussed approaches to learning and teaching in their area. This was a really interesting talk as it made me realise how many great art events are happening in and around the city of Sunderland, and how deeply involved the university is in almost all of it. A particular highlight was the session from the National Glass Centre who talked about the experience of an off campus event where students had to work with very limited resources and no access to their usual tools.

Spectral Visions Press: Engaging Students Through a ‘Real Work’ Environment
Spectral Visions is product of the university’s English and Creative Writing programmes which aims to give students real hands-on experience with all aspects of writing and publishing. In additional to the blog and a number of student-led projects, Spectral Visions Press has also now published two volumes of work which are available from Amazon – Grim Fairy Tales and The Collection: Volume 1.

Student-Generated Induction
The keynote session from day 3 was delivered by Nick Bowskill who has developed the Shared Thinking Consultancy, an off-shoot of his doctoral research at the University of Glasgow which was designed to improve student induction processes based on social psychology theory and practice.