What Makes a Good Project Manager?

Attended a session delivered by David Bewick, a project manager at Nissan and the University Liaison Officer for the UK chapter of the PMI, the Project Management Institute.

David started by discussing the role and background of the PMI and presenting their definition of a project as “… a temporary endeavour undertaken to create a unique product, service or result.” He then moved on to talk about the composition of project teams, the role of the leader, and factors affecting project success, of which he said communication was by far the most important.

The session was fine as far as these things go, but it was pitched primarily at students starting their careers in industry and I don’t feel like I learned anything new. There was some brief discussion at the end about differences between traditional project management and new methodologies such as Agile which David largely dismissed as being best suited for IT. On the Scrum Master training I completed last year much was made of how Agile and Scrum can be applied to any context. I think there is an element of proselytising which comes from people who have made their careers in particular specialisms.

Personally, and perhaps because I work in IT (I do at least try to be conscious of my own cognitive biases), I am much more of a fan of Agile and Scrum because I have seen too many traditional projects which have, not failed, in their own terms, but delivered very sub-par solutions. Take the Pearson LearningStudio Course app for example. Without any inside information (Pearson are incredibly secretive about absolutely everything) I would infer that this is the result of a project, and a successful one too, as it has delivered a unique product with a particular feature set to a specific time. The problem is that those features are pathetic, and the app is an embarrassment. No course content can be viewed through the app, there is only a limited of tools which can be accessed, and only one, Threaded Discussions, has been fully implemented. It is so bad that when it was released to us one of the features listed was ‘the ability to sign out’. The app was last updated on the 2nd of July 2015 and is currently on version 1.0.1. Why? I believe because the project to deliver the app was completed. And that was that, mission accomplished. One of the principles of Scrum however, and a concept that I love, is that you don’t have projects, only products which are subject to continuous development and improvement. 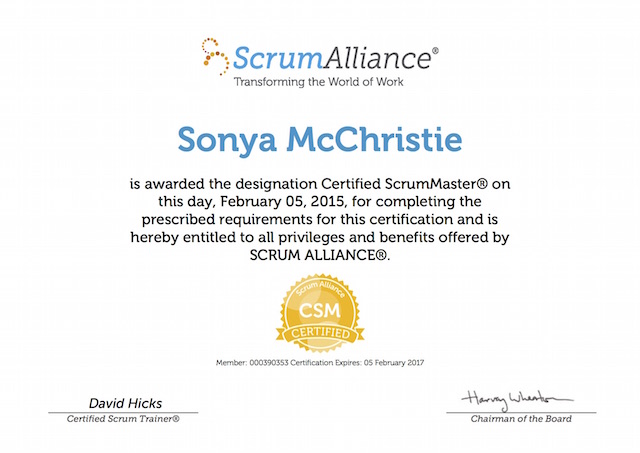