Attended the Canvas UK User Group in Birmingham representing the University of Sunderland for the first time. I’m told that when this group started a few years ago it was half a dozen people around a table, now it’s a room of 30 from institutions all of the country. Very useful for networking and getting tips and tricks from established users – little things like the fact that you can open up content pages to allow anyone to edit them, effectively turning them into wikis, and learning about the kinds of problems other users have had, for example that notifications can’t be customised on a per course basis. An institution that migrated to Canvas a couple of years ago had a lot of complaints about that from staff, but I don’t think it will be an issue for us as we’re moving from a VLE that had no notifications system at all, so it’s an enhancement request for us rather than a loss of functionality.

By far the most useful part of the day was the access we had to technical people from Instructure and the roadmap and plans they shared with us. I knew that Crocodoc was due for replacement for example, but I didn’t realise it was happening quite so soon (next week!) and I saw the replacement tool for the first time. Looking forward to Quizzes 2, Blueprint courses and the changing functionality around muting assignments. A little disappointed to learn that the quick marks functionality from Turnitin’s Grademark isn’t going to be implemented in Speedgrader, as we’ve already had academics raising that with us. Also noted an interesting looking screenshot in the roadmap which showed Mahara loading within Canvas, similar to how the Turnitin LTI displays. We would love to have that kind of deep integration, but there were mixed messages about Mahara, with some people reporting that the latest version of the integration was still broken. The slide was in the roadmap though, so hopefully something that we can look forward. 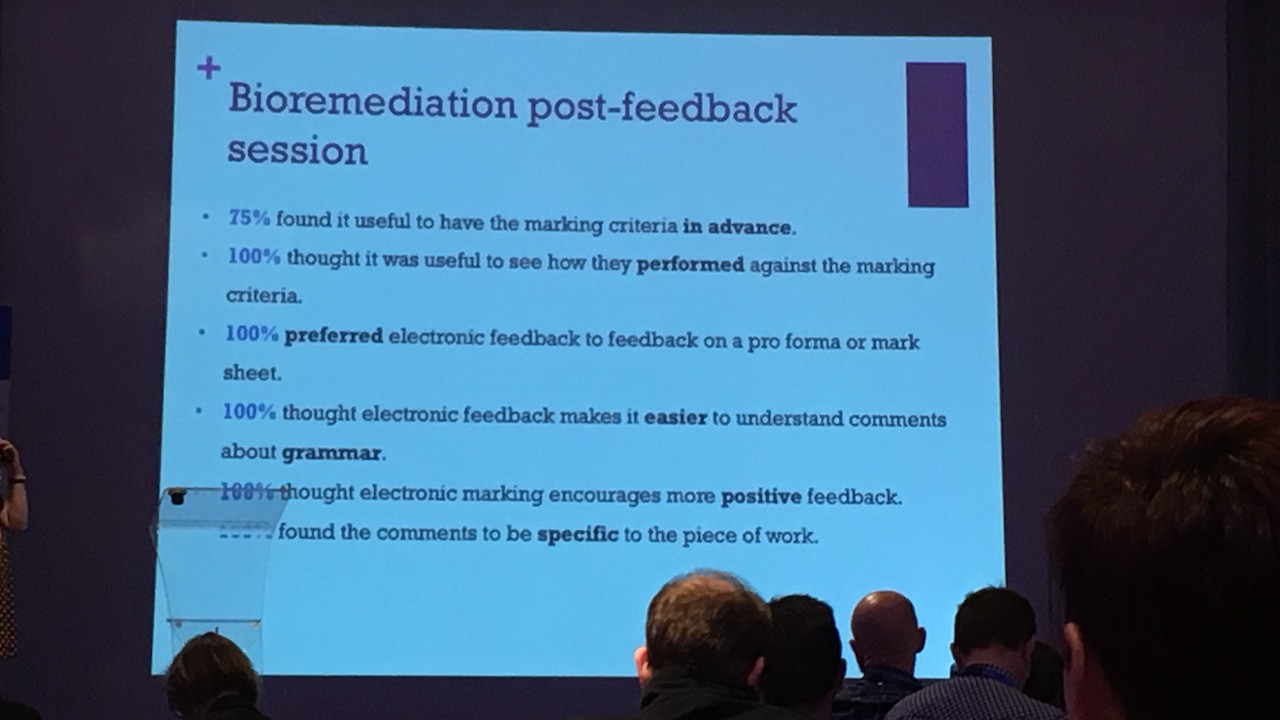