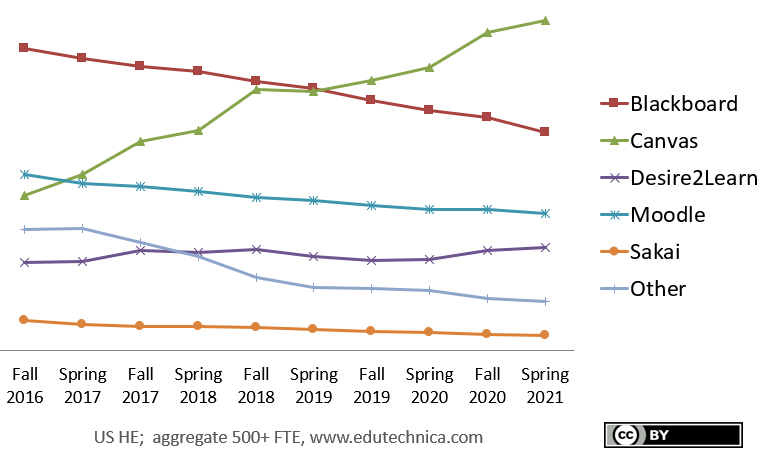 It’s been a long time since I published something about VLE market share, I guess because we’re all happy with Canvas at Sunderland and aren’t looking for a replacement. Nevertheless, it came up in conversation a few days ago and I had a quick DuckDuckGo out of curiosity. Looks like lots of people are pretty happy with Canvas looking at that growth curve! Alas, poor Blackboard, we knew ye well.

The data in EduTechnica’s report pertains to US HE, but from my knowledge of the UK HE community, I wouldn’t expect a UK graph to look much different.

The results of ALT’s 2017 Annual Survey have now been released. Unsurprisingly interest in VLEs, content management systems, and eAssessment remains extremely high. I like looking at the changes more. Assistive tech, web conferencing, and collaborative tools all growing areas.

Interest in social networking on the wane. Interesting. Will social networks one day be regarded as some strange phenomenon that gripped people for a couple of decades? I’m seeing more and more disengagement on, well, social media mostly. But is that because I’m writing and reading about that kind of thing lately? Oh the paradox! 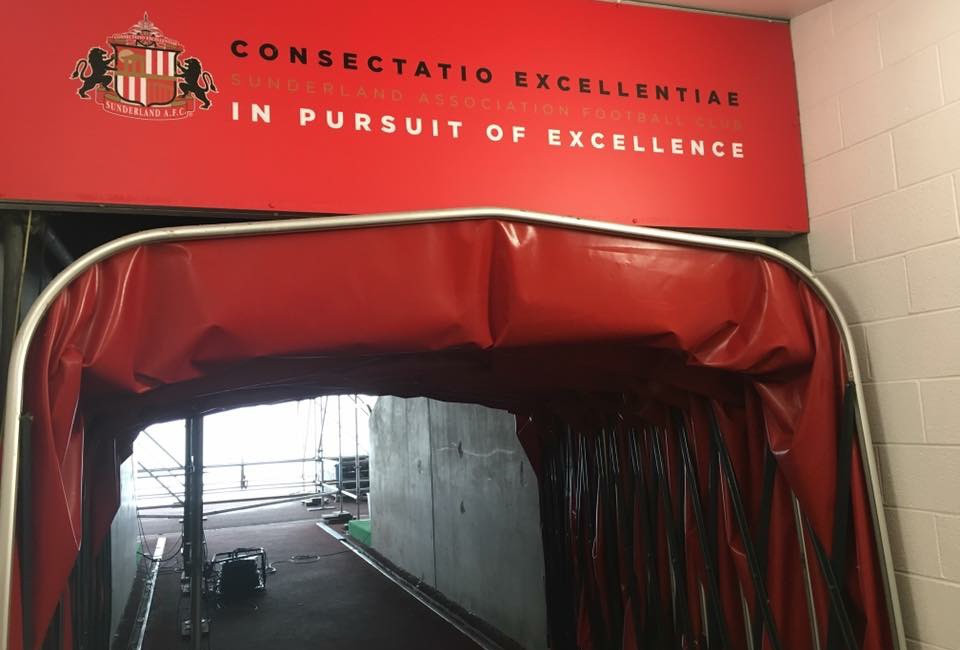 Having set a record for the implementation and deployment of a new VLE, it seems as though we have gotten through the start of the new academic year pretty unscathed. I still fear that there are parts of the integration of Canvas not working as they should, and the integration we do have with SITS is far from complete – doesn’t do updates or removals yet – but we are coping, and our academic community for the most part seem to be very pleased with the new system.

My team has expanded to the tune of two new interns who are here for six months to help us get over the implementation phase and the managed discontinuation of SunSpace; I finally got to do a shift with our live streaming service during graduations at the Stadium of Light in July; and I finished off another Storyline presentation for Pharmacy students – an online induction to a specific ePortfolio template they have to use.

In preparation for the Participatory Arts MOOC which I am helping to develop, and which is being hosted on Canvas Network, Instructure asked us to complete this training and preparatory MOOC which, as always happens with MOOCs, I started enthusiastically in early March but was quickly lost amongst the sea of deadlines and urgent jobs.

As the university has chosen Canvas for our new VLE also, this should have given me a head start, but as things panned out I’ve ended up completing all of my onsite Canvas training first. Nevertheless, completing the MOOC was still a valuable exercise as there are some differences with Canvas Network and it did cover pedagogic issues which are specific to MOOCs, such as the types of assessment used and how to stimulate student engagement week on week.

I also earned a couple of badges, Canvas Network Groupie and Canvas Network Rock Star. These were issued through Badgr, another open badge platform which doesn’t link or share my badges to my Mozilla Backpack. I really want to like open badges, I love the concept, but the different platforms need to work with each other; I want to be able to display and collate all of my badges in one place, but the only way I am able to do that is by posting them all on my own website, here, under the Badge tag. The situation screams of the XKCD cartoon Standards.

Participated in a series of webinars delivered over three days which covered everything we needed to know to get started with our shiny new Canvas VLE.

The webinars were divided into three topics, admin, support and fundamentals. The admin session was an introduction to the administration of Canvas, something we haven’t really seen before, while the fundamentals sessions, the bulk of the training, covered pretty much every other aspect of the system. Together these sessions have given us a good grounding to get started with the deployment of Canvas, and will be followed up with more comprehensive onsite training in a few weeks.

Our contract with Instructure includes their Tier 1 support package which means that they will be taking all of the customer support queries from our staff and students. The support webinar was an introduction to this, covering how their systems and processes work, and how we will access their call logging system to pick up anything that can’t be resolved directly. Happily they are using JIRA, a system I know well.

I’m finally allowed to say that Sunderland have recently chosen Canvas as our new VLE to replace the terminally ill LearningStudio. I’ve known for a while of course, but have been gagged until formalities were met and contracts signed. It’s a good decision, very forward looking; really exiting times ahead for us here.

I was having a look for their market share and I came across the latest report from EduTechnica that shows that Canvas have now overtaken Moodle to become the second most widely used LMS / VLE in the US market place, behind Blackboard which is holding on. When you look at the trends and that graph though, I can’t help but wonder how long it will be before those lines pass each other.

As our VLE replacement project comes to a conclusion, this session was designed to create some clean air between two very close suppliers by focusing on mobile usage and applications. We asked for live demonstrations of a number of scenarios such as instructors updating module content on tablets, and students reading and accessing content on their phones. Both suppliers gave strong demonstrations, but for everyone in the room who was scoring them there was a clear favourite. Which, of course, I’m not at liberty to divulge! 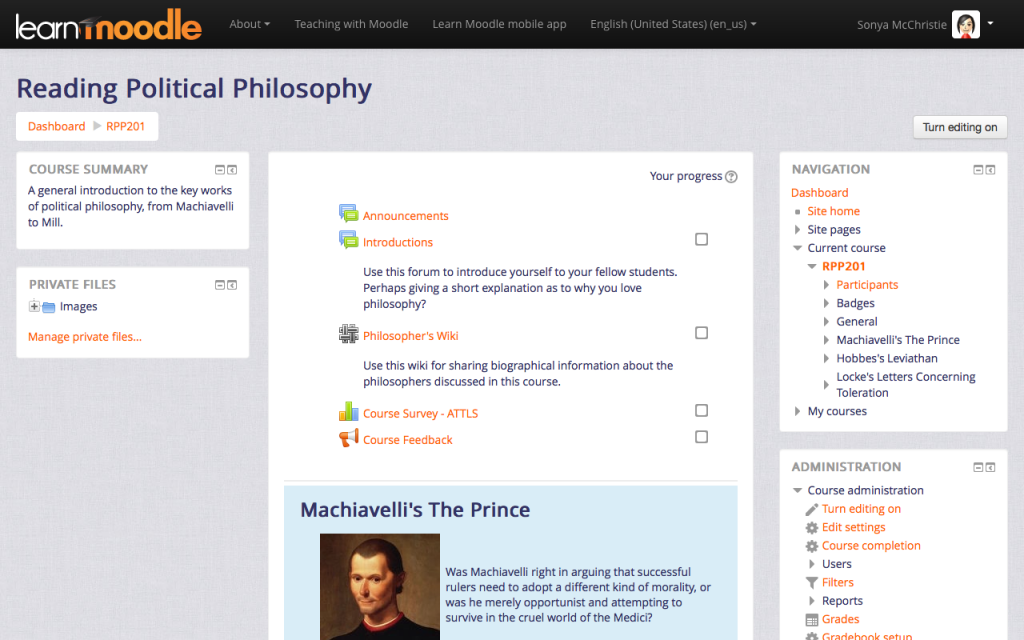 The Learn Moodle MOOC is running again. A four week free open course which teaches you everything you ever wanted to know about Moodle (possibly). It started on August 7th, so it’s still in week 1 and the perfect time to join.

I missed this last year, discovered it too late, and it’s thanks to a colleague here who spotted it in time for this year.